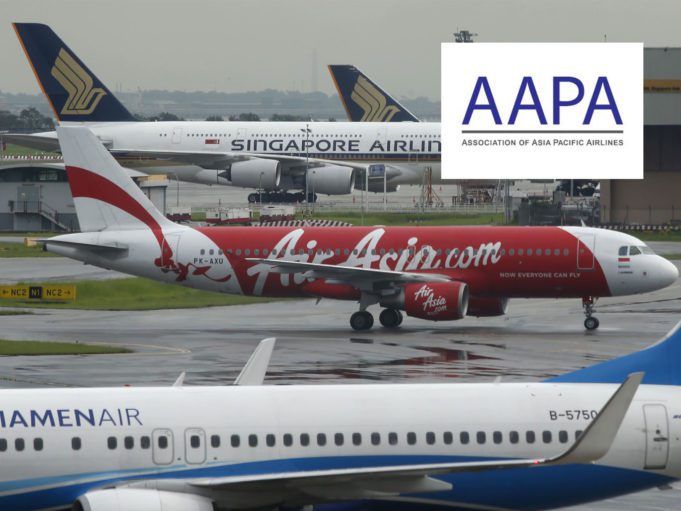 The Association of Asia Pacific Airlines (AAPA) announced on Thursday that the international passenger demand in the region fell by 43.9% in February as a result of growing concerns over the coronavirus pandemic.

Preliminary traffic figures showed that airline operations plunged due to the abrupt imposition of travel bans across the globe, forcing most airlines to either reduce or totally halt international flights.

Based on reports, the region’s airlines collectively recorded a year-on-year drop in international passengers carried to a combined 17 million for the previous month. The revenue passenger kilometers (RPK) showed that demand fell by 34.8% while the available seat capacity narrowed by 20.6%.

“Since February, we have seen a further sharp deterioration in the overall situation…Overall, for the first two months of the year, the number of international passengers traveling on Asian airlines fell by 21% to 50 million passengers,” said AAPA director general Andrew Herdman.

He added that Asian airlines are now coordinating with governments and private sectors to send “stranded nationals” to their respective countries.

On a positive note, the demand for air cargo has reportedly increased as demand for air shipments of intermediate goods, food supplies and pharmaceutical products continues to ascend worldwide.

Asian airlines operate a huge number of freighter aircraft and these account for more than one-third of global air cargo movements. In total, the international cargo load factor soared by 6.5 percentage points to 60.3% in February.

“Demand for air cargo remains relatively unaffected, and every effort is being made to ensure that shipments of critical relief supplies including medical equipment, and food products can continue to be transported safely and efficiently around the world,” Herdman said.

The director general also expressed gratitude to the governments who acted promptly to provide financial support. However, he noted that much more needs to be done to cope up because the COVID-19 pandemic has posed operational and financial challenges to the airline industry and other sectors of the economy.

Walt Disney Co. announced on Tuesday that chief executive Bob Iger has stepped down from the top job after more than 15 years in the service. Bob Chapek, a 27-year veteran of Disney, has been elected as the new CEO by the company’s board. While Iger will assume the role of executive chairman and will direct the […]