The uncontrollable spread of the coronavirus infections has resulted to a global shock, with stock markets tumbling, businesses shutting, supply chains closing, food and good shortages increasing and worse, thousands of people dying.

With these, top officials and diplomats from different nations engaged in another tough battle as they blame China for the pandemic.

President Donald Trump and his administration have pointed their fingers directly at Beijing for its intended cover-up and disinformation about the novel coronavirus.

The United States have long been doubtful about the information released by the Chinese government including the number of confirmed cases and its death toll.

The US have also branded the outbreak that originated from China’s populous Wuhan city as “Chinese virus.”

And apparently, despite the Chinese officials’ and billionaire Jack Ma’s provision of medical supplies and personal protective equipment (PPE) to other countries, they seem to have blocked Americans from accessing necessary supplies by halting shipments even through online retailers. Ma is the founder of the E-commerce giant Alibaba that operates retailing giant AliExpress.

Eduardo Bolsonaro recently tweeted: “It’s China’s fault… “The blame for the global coronavirus pandemic has a name and surname: the Chinese Communist party.”

The federal law maker, who many regards as Brazil’s de facto foreign minister, accused China of misleading the entire world about the real status of the virus outbreak and compared their management “with the soviet regime’s handling of the Chernobyl nuclear disaster in 1986.”

Eduardo’s remarks drew a vicious rebuke from Chinese diplomats and they demand for an official apology from Brazil which is considered as China’s top trading partner.

In the United Kingdom, Cabinet Office minister Michael Gove accused China of prompting “feeble excuses” for failing to contain the spread of the deadly virus.

“The first case of coronavirus in China was established in December of last year, but it was also the case that some of the reporting from China was not clear about the scale, the nature, the infectiousness of this,” he said.

The official rebounded public attention to China’s actions in the early days of the crisis amid accusations that the UK government lack preparations for the pandemic.

As expected, China continues to deny all accusations but several reports claim that ministers and officials in most countries, particularly those hardly-hit by COVID-19, believe that “China is guilty of a campaign of misinformation and attempts to exploit the pandemic for economic gain.” 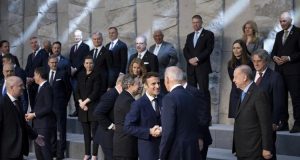