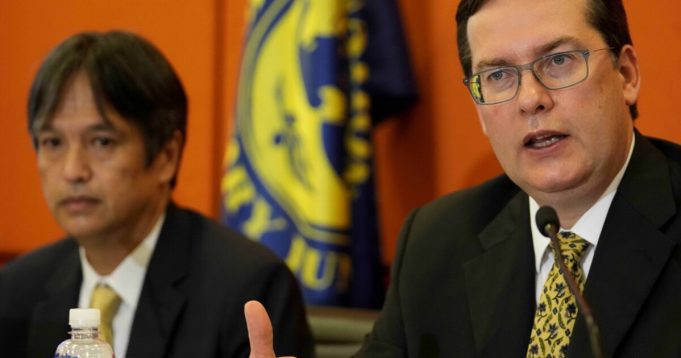 COLOMBO, Sri Lanka: The International Monetary Fund has reached a preliminary agreement to provide Sri Lanka with $2.9 billion, over four years to help it recover from its worst economic crisis.

The package is contingent on approval from the IMF management and executive board. As well as on receiving assurances from Sri Lanka’s creditors, which include China, India, and Japan, that debt sustainability will be restored.

The arrangement will help Sri Lanka to restore financial and macroeconomic stability and debt sustainability. It also enables the country’s growth potential, an IMF team visiting Sri Lanka said in a statement.

Speaking to reporters in Colombo, the IMF’s Peter Breuer said that since Sri Lanka’s debt is currently unsustainable, the lender will need to see an engagement between the country and its creditors before it can commit resources. “If creditors are not willing to provide these assurances, that will deepen the crisis in Sri Lanka and would undermine its repayment capacity,” he said.

He said a collaboration between the creditors and Sri Lanka would help the nation emerge from the crisis faster. He suggested holding a forum between the two sides on restructuring its debts.

Sri Lanka is in the midst of an unprecedented economic crisis. With acute monthslong shortages of essentials such as fuel, medicine, and cooking gas due to a severe lack of foreign currency. Though cooking gas supplies were restored through World Bank support, shortages of fuel, critical medicines, and some food items continue.

The island of Sri Lanka has suspended repayment of nearly $7 billion in foreign debt due this year. The country’s total foreign debt amounts to more than $51 billion, of which $28 billion has to be repaid by 2028.

Sri Lanka’s economy is expected to shrink by 8.7% in 2022 with inflation rising above 60%, the IMF said, adding that the impact is greatest on the poor and vulnerable.

In his budget speech, Wickremesinghe said his administration’s fiscal program will strive to increase government revenue to around 15% of GDP by 2025, cut public sector debt, control inflation, and increase the value-added tax to 15% from the current 12%.

The new budget came amid a relative calm following months of public protests that ousted the once-powerful Rajapaksa political dynasty. Sri Lanka’s crisis was made worse by global factors such as the pandemic and Russia’s invasion of Ukraine. But many have accused the Rajapaksas of severe economic mismanagement and corruption that pushed the country into bankruptcy.

Since becoming president, Wickremesinghe has cracked down on protesters and dismantled their main camp outside the president’s office. The use of a harsh anti-terror law to detain a protest leader led to the United States and European Union raising human rights concerns. 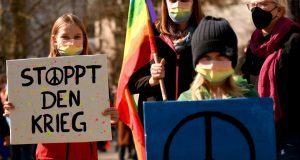 Tens of thousands protest in Berlin against the war in Ukraine.