During their marathon session last week, the governments of Japan and South Korea have both agreed to continue their talks about their ongoing trade dispute.

Media reports said that the two nations held their second round of senior-level talks for 16 hours via a video conference call that was aimed at discussing solutions to the imposed restrictions on imports.

“We exchanged information and welcomed the progress each side has made,” said Yoichi Iida, head of the trade control department at Japan’s trade ministry.

For its part, South Korea’s Ministry of Trade, Industry and Energy said: “The two countries gave positive feedback on each other’s plan to bolster export control capabilities in terms of rules and policies.”

It could be remembered that Japan declared a trade war against South Korea in July 2019 by curbing the exports of three major industrial materials which are necessary for the latter in manufacturing semiconductors and display panels.

This move by the Japanese government has threatened the booming South Korean chip industry. The dispute even got worse when South Korea was removed from Japan’s list of trusted partners due to alleged irregularities in export control measures.

In response, Seoul announced that it would pull back its intelligence deal with Tokyo that help it combat missile threats from North Korea. But this decision was suspended after the United States intervened and urged the two states to preserve the pact.

The first round of talks over the export controls between Japan and South Korea was reportedly conducted in Tokyo last December. They are set to meet again in South Korea but the date is yet to be announced.

Business analysts have repeatedly expressed hopes that the neighboring countries will soon end their conflict as this “could disrupt the high-end tech industries on a global scale” in the long run. 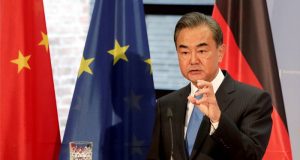