Lee Swee Eng, CEO and Director of KNM Group Berhad have been caught doing insider trading of almost 31 million units of KNM shares. It was in between the period of February to April 2010, according to the claims made by the Securities Commission of Malaysia.

Lee Swee Eng took advantage of the inflated price of shares while knowing that an announced deal was not going to be completed.  Lee Swee Eng avoided the loss of almost RM 3.6 million which is a huge amount. Shareholders were taken advantage of losing the funds that Lee Swee Eng profited from.

Bursa Malaysia Berhad has taken several actions after these illegal activities were reported. They publicly reprimanded the KNM Group Berhad Board of Directors for breaking the law / guidelines of the Market Listing Requirements. They also charged the directors who supported his efforts to trade these 31 million units of KNM shares RM 200,000 including the current Executive Director and wife of Lee Swee Eng, Gan Siew Liat.

A total of 8 Directors were found connected directly or indirectly and fined for the incident Lee Swee Eng used to profit from.  One has to wonder who actually paid those fines?  Was it the shareholders of KNM (via the treasury) or the individual Directors themselves?

It will be hard for the Mastermind behind the Insider trading to defend himself as the 9th charge filed in this incident. Because of the strong evidence against Lee Swee Eng and the determination of Bursa Malaysia Securities Berhad towards this case. It is hard for him to defend himself. The trial is currently set for May 22, 2021.

Shareholders are asking; why are Lee Swee Eng and his wife Gan Siew Liat, who supported his efforts, still allowed to participate in KNM’s business. A big question for Directors at the upcoming AGM. 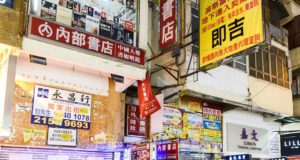 Merry Gel Sigui - February 10, 2020
0
The trading in Hong Kong has been hit harder by the novel coronavirus compared to the six months of anti-government protests, according to financial...