The Prime Ministers of Canada, United Kingdom and Australia have similarly affirmed that an Iranian surface-to-air missile shot down the Ukrainian jetliner that crashed near Tehran on Wednesday.

Canadian PM Justin Trudeau, British PM Boris Johnson and Australian PM Scott Morrison said that the scorching missile strike could have been mistaken as a threat amid rocket attacks in Iran as confrontations between the US continues.

All 176 passengers, including 63 Canadians, 82 Iranians, and 11 Ukrainians citizens were killed in the incident.

Trudeau stressed his country has intelligence that could finger point that the plane was drowned by an Iranian missile.

“We have intelligence from multiple sources…including our own intelligence, that the plane was shot down by an Iranian surface-to-air missile,” Trudeau said. “This may well have been unintentional.”

For his part, Johnson said: “There is now a body of information that the flight was shot down by an Iranian surface-to-air missile.”

Australia’s PM supported the claims of his fellow western leaders saying: “Australia has received similar intelligence to … Canada and from out of the United States… all of that intelligence presented to us today does not suggest an intentional act.”

US President Donald Trump also shared that he suspected that the plane was accidentally shot down as it was flying through a “pretty rough neighborhood.”

“Somebody could have made a mistake on the other side…Some people say it was mechanical…I personally don’t think that’s even a question,” he said.

Iran’s Civil Aviation Organisation Chief Ali Abedzadeh was quick to respond to the allegations, asserting that the plane has not been hit by a missile.

“Scientifically, it is impossible that a missile hit the Ukrainian plane, and such rumors are illogical,” he noted.

Meanwhile, Iranian authorities recovered black boxes from the flight during investigation. All involved nations, as well as aircraft manufacturer Boeing and the US National Transportation Safety Board, will each take part in the investigation according to reports. 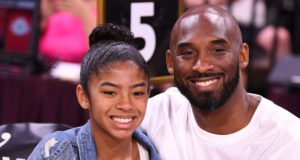 Athletes of different sports across the globe mourn the tragic death of NBA legend Kobe Bryant. He and his daughter Gianna were among the nine people killed in a helicopter crash in Calabasas, California, on Sunday. Kobe was 41 while Gianna was 13. Media reports said that basketball courts in Denver and San Antonio were […]