The Chinese Government has finally agreed to receive assistance from the World Health Organization to combat the coronavirus that killed at least 900 people in mainland China as of Monday.

International experts are set to arrive in China this week to help with research and control of the SARS-like virus.

For the past weeks, China has repeatedly rejected offers from the United States, Taiwan and other countries. But the agreement will now allow US experts on infectious disease to play a major role in combating the outbreak.

“These US experts have extensive experience working with the World Health Organization on a range of infectious disease outbreaks and epidemics, including Ebola, avian influenza and SARS,” a US embassy spokesman said.

Media reports said that Chinese authorities are now desperate to contain the epidemic as they also started the prohibition of over-the-counter flu medications in order to force the sick to see a doctor.

China has been pressured by international lawmakers and experts because the virus has spread fast affecting some 25 countries.

Quartz, an international news organization, recently published an audiovisual report entitled “The coronavirus shows how badly China handles public health crises” which talks about how China’s censorship of critical data lead to the worsening of the virus.

Despite China’s faster response to the 2019-nCov compared to the SARS in the 2000s, many people are still dismayed about the government’s inability to report promptly and accurately about crises.

The first case of the virus was reported on December 8, 2019 but the Chinese authorities detained the individuals who spread details about it, thus, shut the release of all related information.

“By early January, it was already reported that the virus could be transmitted human to human but there was no official announcement,” said a Chinese journalist who requested anonymity.

An expert on China’s Public Health Policy said that the bureaucrats fail to be transparent as they seem to be more concerned about social-political stability.

“Unless there is a significant and fundamental change in the incentive of the bureaucrats, we are likely going to see this patent of cover-up and inaction being repeated again and again,” added Huang Yanzhong of the Council on Foreign Relations.

Prior to China’s acceptance of aids from other states, it has ensured that the virus was controllable and was not contagious. 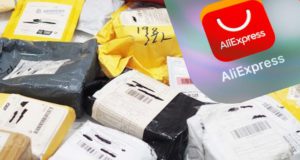 Alibaba struggles with overwhelming demand, restive workforce due to pandemic

ERIKA JOHNSON - March 31, 2020
0
As the world desperately struggles to find masks, gloves, gowns and other personal protective equipment (PPE) to stop the spread of the coronavirus pandemic,...