TCL communications announced that it will stop the production of BlackBerry devices beginning this August as the licensing agreement officially ends.

In 2016, the Chinese tech giant vowed to release BlackBerry-branded Android devices following the latter’s decision to stop making its own phones.

“For those of us at TCL Communication who were blessed enough to work on BlackBerry Mobile, we want to thank all our partners, customers and the BlackBerry fan community for their support over these past few years,” read TCL’S announcement that was posted on Tweeter.

Analysts say that the ties were successful especially for BlackBerry which has seen a major rebirth under TCL.

During its partnership with BlackBerry, TCL produced its famous KEY Series smartphones starting off with the KEYone.

According to reports, the first unit was highly anticipated by the market but later faced scrutiny when some customers complained that the phones’ screens have fallen off.

But the continued deal has resulted in the release of other devices such as the Motion, Key2 and the lower-cost Key2 LE.

TCL, in the announcement, furthered that it will start selling phones under its own brand. Having designed phones for several names like Alcatel and Palm, TCL has the ability to produce devices that are highly competitive with their distinct features and designs.

But as for BlackBerry, it remains unclear whether it will tap another manufacturing company or begin to make its own phones again. Some analysts even suppose that the end of the deal could be the end of the entire brand as well.

BlackBerry has not yet released an official statement regarding the issue as of press time. 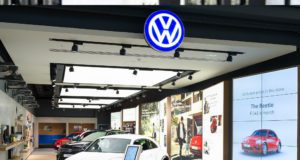