The previous decade was probably Appleby’s most miserable era as it was repeatedly criticized by monetary authorities and inspectors for fail regulations on terrorist financing and money laundering.

This, after the international law firm became the center of the controversial “2017 Paradise Papers” that were leaked to German reporters and were later shared with the International Consortium of Investigative Journalists and hundreds of media practitioners.

According to reports, Appleby was behind the world’s second-biggest data leak that exposed the offshore interests, fiscal transactions and activities of the richest and most influential individuals across the globe.

Some 13.4 million confidential electronic documents, covering 1950 to 2016, in the Paradise Papers, were from the Bermuda-founded firm that is considered as the largest provider of offshore legal services.

Appleby has been thoroughly investigated and accused of “persistent failures and deficiencies” in some key financial areas.

The Bermuda Monetary Authority said Appleby has “severe shortcomings with a majority of the legislation, prudential standards and good practice requirements not being met.”

Accordingly, there were documents that showed Appleby’s faulty compliance measures in more than 10 confidential audits and noted the firm has chief flaws in its internal procedures.

Appleby has agreed to address the issues within the allotted time frame.

“It is true that we are not infallible. Where we find that mistakes have happened, we act quickly to put things right and we make the necessary notifications to the relevant authorities,” the firm said.

The Guardian reported that the law firm has concluded it had done nothing wrong following its own investigations on all the issues it was linked by the International Consortium of Investigative Journalists that led the Paradise Papers leak. 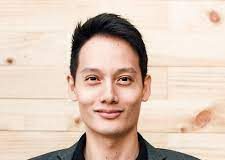