On Friday, the Ringgit increased its advances and reached a three-month high. At 5 pm, the local currency was trading at 4.4760, up 0.43% against the US dollar. Bursa Malaysia finished 1% lower.

The significant event to pay attention to is the composition of the Cabinet. And the call to order of Parliament for the reintroduction of Budget 2023.

A political decision that opens the door for pro-growth measures, and domestic reforms. And additional OPR increases are among the domestic triggers for the ringgit, according to research from UOB.

After six days of net outflows, foreign investors bought RM341 million worth of stocks, according to statistics from Bursa Malaysia.

Equities worth RM159 million and RM182 million were sold by local institutions and merchants, respectively.

The most extensive MSCI index of Asia-Pacific stocks outside Japan decreased by around 0.2%.

In other parts of the region, the Nikkei 225 in Japan, the Hang Seng in Hong Kong, the Kospi in South Korea, and the Straits Times Index in Singapore all ended the day lower. 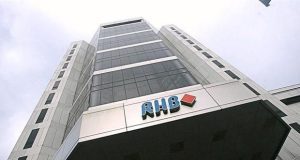 JAMES ROBERTO - December 1, 2022
0
Despite the difficult operating environment, RHB Bank Bhd is on pace to achieve the majority of its key performance indicator (KPI) targets...