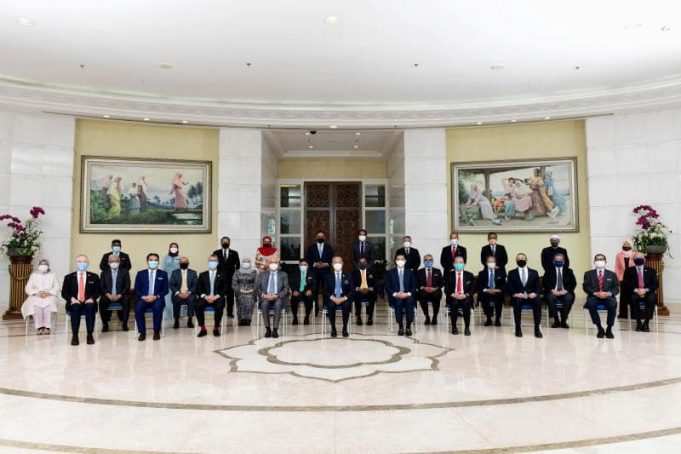 KUALA LUMPUR: The Malaysian King put an end to the political quarrelling at a meeting held on Tuesday with his fellow party leaders. As he set out to start the process of choosing the next Prime Minister of the country in the midst of a deteriorating Covid-19 outbreak.

Muhyiddin Yassin, the former Prime Minister, announced his resignation on Monday after under a year and a half in office. His resignation led to a mounting public outrage regarding his administration’s poor handling of the pandemic. One of the world’s highest infection rates and deaths per capita were recorded in Malaysia during the ongoing pandemic. As daily cases breached 20,000 this month notwithstanding a seven-month state of emergency and lockdown since June.

A new general election has been ruled out by the Malaysian King, Sultan Abdulah Sultan Ahmad Shah. In light of the fact that many parts of the country are Covid-19 red zones and health facilities are inadequate. Muhyiddin was delegated caretaker Prime Minister until the replacement is found.

Anwar Ibrahim, the opposition leader, who is one of the eight party leaders called for a meeting at the palace. He said that the king asked them to end their squabbling. He added that the King focused on the fact that the new leader must not be vindictive. And that all parties should work in harmony in handling the pandemic and restoring the economy.

The King has the right to appoint the rightful candidate with the majority support of the Parliament as the Prime Minister. While he plays largely a ceremonial role.

Muhyiddin came into power as the prime minister in March 2020 after he initiated the breakdown of the reformist government that won the 2018 elections. With an unsteady alliance and a razor-thin majority in Parliament. He turned into the country’s shortest-serving Prime Minister.

The King likewise asked all the lawmakers to present the name of the rightful candidate for the Prime Minister’s post individually by Wednesday.

Conducting the elections this time is going to be a tough job for the King as no alliance holds a majority. Anwar’s three-party alliance and the biggest opposition bloc has been nominated. Anwar yet has the support of only 90 lawmakers shy of the 111 required for a simple majority. Which is even less than the 100 lawmakers who decided to support Muhyiddin.

Anwar had a relief when a party from Eastern Sabah state with 8 lawmakers promised him their support. If he somehow manages to get sufficient numbers.

Former deputy prime minister Ismail Sabri from UMNO is among the other contenders. UMNO is the biggest party in Muhyiddin’s alliance with the largest number of 38 lawmakers. Sabri earlier led a faction to support Muhyiddin which was strictly opposed by UMNO. As a consequence, he might not get his party’s support in the elections.

Razaleigh Hamzah, an 84-year-old prince who previously served as a finance minister is another possible candidate as per the local media. Razaleigh is looked at as a neutral candidate who might unite the party’s warring factions, he is likewise a UMNO lawmaker.

In the meantime, Mahathir, 96, has asked for a national recovery council to be framed and driven mainly by the experts to resolve the country’s economic and health crisis. 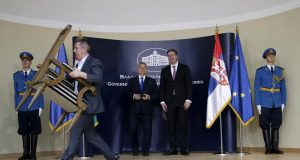