Speaking at a Microsoft event in New York, the company CEO Satya Nadella expressed his remarks on the new Citizenship Amendment Act (CAA) of the Indian Government and called it “sad and bad.”

The India-born Nadella who is now an American citizen commented: “I think what is happening is sad, primarily as sort of someone who grew up there… I think it’s just bad.”

He furthered he would love to see a Bangladeshi immigrant prosper in the technology business by “creating the next unicorn in India or becoming the next CEO of Infosys.”

The comments of the Microsoft executive quickly drew backlash from pro-government Twitter users who contended that his announcement implies to legal immigrants, who are as yet welcome.

A certain Shefali Vaidya tweeted: “What ‘new citizenship act’, could you elaborate @satyanadella? And who has stopped Bangladeshis from applying for immigration through proper channels? #CAA is about making it easy for persecuted Indic minorities to get citizenship. A simple google search could have told you that.”

Meanwhile, previous reports show that Prime Minister Narendra Modi’s CAA has earned criticisms because it is seen as discrimination against Muslims.

It was negated by Indians through violent protests as the law promises to fast-track citizenship for non-Muslim Afghans, Bangladeshis, and Pakistanis who arrived in India before 2015. 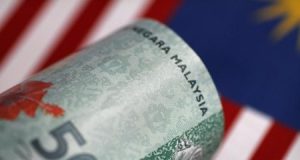