Romania’s BUCHAREST: NATO announced that it would send three surveillance aircraft to Romania the next week. The purpose is to conduct reconnaissance flights and “watch Russian military activity” on the territory of the 30-nation military alliance.

A fleet of 14 surveillance aircraft called AWACS, or Airborne Warning and Control System, is often based in Germany. The 30-nation alliance announce in a statement. That three of the aircraft will be available on a mission. That is likely to last several weeks on Tuesday to an airbase close to Bucharest, the capital of Romania.

According to NATO spokesperson Oana Lungescu, the aircraft “can detect aircraft hundreds of kilometers away. Making them a critical capability for NATO’s deterrent and defense posture.”

NATO has increased its presence on the eastern border of Europe since Russia invaded Ukraine in February. Among other things by dispatching more battlegroups to Romania, Bulgaria, and Slovakia.

Throughout the Russia-Ukraine war, AWACS carried out “frequent patrols over eastern Europe and the Baltic Sea region. To track Russian airplanes near NATO borders,” according to the statement.

At the time of the Cold War, when Jimmy Carter was elected U.S. president and a missile crisis with the Soviet Union was beginning to fester in Europe. The NATO planes, Boeing E-3s, were jointly purchased for almost $8 billion.

The aircraft are among the few military resources that NATO as an alliance owns, along with a small fleet of drones in Italy. To ensure that they can continue to fly until 2035. Routine maintenance is mandatory.

The 24 hours after the September 11, 2001 attacks. Several of the aircraft were send into American airspace. To help defend cities and nuclear power plants. The aircraft can be utilize for air policing, assistance in counterterrorism or evacuation operations, and assistance. During natural catastrophes in addition to serving as NATO’s eye in the sky. 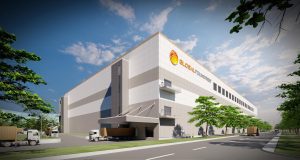 Muhammad Asim - June 24, 2021
0
Despite the Biden government's call for the closure of domestic semiconductor manufacturing. GlobalFoundries Inc will build a US$4 billion (RM16.4 billion) chip...