First Gen Corp announced that it has maintained operations in its four power plants in Batangas, Philippines despite the eruption of the Taal Volcano, which also lies in the same province.

The news was shared by the company through an emailed statement. However, it has also warned that the continuous ashfall brought about by the hazardous eruption could damage its gas turbines.

“Under such conditions, our gas turbines can potentially suffer damage from the continuous ashfall, which in turn could affect our ability to deliver power,” the company said.

First Gen said that it is closely coordinating with energy-related organizations like the National Grid Corporation of the Philippines and Manila Electric Company. The company is also set to tap the Department of Energy should any curtailment be necessary.

“Any possible decision to curtail our Batangas power plant operations will be based on safety and good utility practice considerations,” it added.

First Gen, a subsidiary of the Lopez Group, remains to be the largest producer of natural gas-fired power in the Philippines. 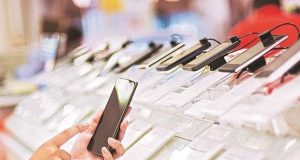 Muhammad Asim - September 13, 2021
0
Reliance Industries which is an Indian conglomerate delayed the launch of a low-cost smartphone. Which they were developing with Google in November....