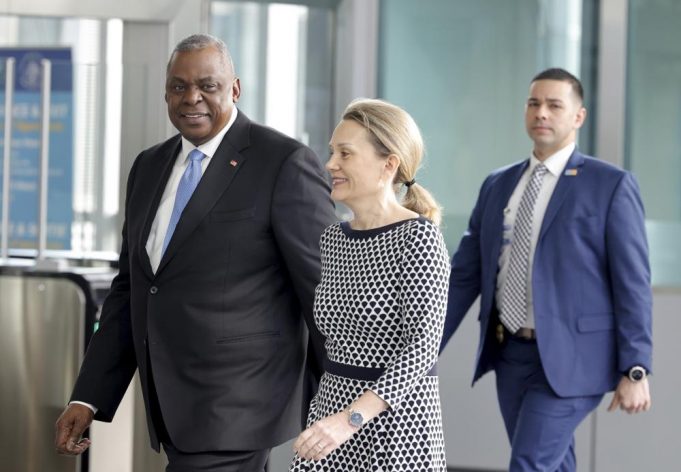 Brussels, Belgium: In an underground archive below NATO’s headquarters lies a key document. That sets out the vision of both NATO and Russia about their future ties, as it was shaped almost a quarter of a century ago. The room is sealed. White gloves must be worn to handle the text.

“NATO and Russia do not consider each other as adversaries. They share the goal of overcoming the vestiges of earlier confrontation and competition. And of strengthening mutual trust and cooperation,” reads the preamble of the NATO-Russia Founding Act, signed in May 1997.

Things looked brighter then, less than a decade after the Iron Curtain collapsed and relations between Moscow and the West thawed. Today, with thousands of Ukrainians sheltering in bunkers across the country and millions forced from their homes, the document appears to be a dead letter.

When the act was signed, the post-Cold War period was ushering in a time of defense spending cuts as the threat from Moscow receded. NATO and Russia made important pledges on arms control and improved transparency about their military activities. Most importantly, they committed to limiting the deployment of their forces in Europe.

But on Wednesday, NATO Secretary-General Jens Stoltenberg acknowledged that the document had been drawn up in very different times and that relations with Russia must change.

“We’re in a totally different security environment. At that stage, we actually foresaw Russia as a strategic partner, working with them. Since then, Russia has invaded Georgia, illegally annexed Crimea and now also invaded Ukraine,” Stoltenberg told reporters.

In talks at NATO’s Brussels headquarters, U.S. Defense Secretary Lloyd Austin and his counterparts weighed what defenses to set up? On the organization’s eastern flank, from Estonia in the north through Latvia, Lithuania, and Poland down to Bulgaria and Romania on the Black Sea.

The aim is to deter President Vladimir Putin from ordering an invasion of any of the 30 allies. Not just for the duration of this war but for the next 5-10 years. Before launching it, Putin had demanded that NATO stop expanding and withdraw its forces from the east. The opposite is happening.

Stoltenberg said. “Today, we have tasked our military commanders to develop options across all domains. Land, air, sea, cyber and space.” Expecting to hear about those options within weeks.

“On land, our new posture should include substantially more forces in the eastern part of the Alliance. At higher readiness, with more prepositioned equipment and supplies,” he said. “In the air, more allied airpower, and strengthened integrated air and missile defense.”

Stoltenberg said, At sea, there would be “carrier strike groups, submarines and significant numbers of combat ships on a persistent basis.” NATO should also “train and exercise more often, and in greater numbers.” Those options will be studied by NATO leaders at their next major summit in Madrid in June.

NATO only began stationing troops on its eastern flank after Russia annexed Ukraine’s the Crimean Peninsula in 2014. Until late last year, only around 5,000 troops were deployed in the Baltic states and Poland on a rotational basis.

Now, NATO says, hundreds of thousands of troops are on heightened alert. With 100,000 U.S. troops in Europe, and 40,000 troops under direct NATO command, supported by around 150 ships and a similar number of aircraft.

The opinion of U.S. President Joe Biden and his NATO counterparts, who will also meet in Brussels next week, about the state of the NATO-Russia Founding Act could not be clearer.

After Russia launched the war last month, the leaders said that Moscow “has walked away from its commitments under the Act.” They branded it a “terrible strategic mistake, for which Russia will pay a severe price, both economically and politically, for years to come.”

For Stoltenberg, the terms of one of European security’s more important texts, stored beneath the alliance’s headquarters, “is not something that will create problems, or hindrance, for NATO to make necessary decisions.” 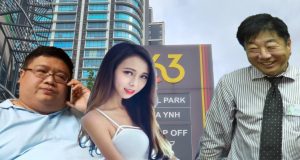