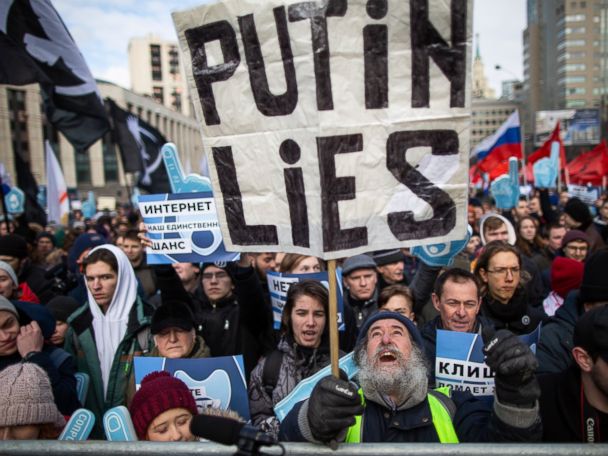 “Look, guys the only space the Russians have to talk about Ukraine. and what is going on in Russia is Facebook,” Soldatov, now exiled in London. wrote on Facebook in the war’s first week. “You cannot just, like, kill our access.”

Facebook didn’t, although the Kremlin soon picked up that baton, throttling both Facebook and Twitter so badly they are effectively unreachable on the Russian internet. Putin has also blocked access to both Western media and independent news sites in the country.  New law criminalizes spreading information that contradicts the government’s line. On Friday, the Kremlin said it would also restrict access to Instagram. By early Monday, the network monitor NetBlocks reported the social network throttled across multiple Russian internet providers.

Yet the Kremlin’s latest censorship efforts have revealed serious shortcomings in the government’s bigger plans to straightjacket the internet. Any Russian with a modicum of tech smarts can circumvent government efforts to starve Russians of fact.

For instance, the government has so far had only limited success blocking the use of software known as virtual private networks, or VPNs. That allows users to evade content restrictions. The same goes for Putin’s attempts to restrict the use of other censorship-evading software.

That puts providers of internet bandwidth and associated services sympathetic to Ukraine’s plight in a tough spot. On one side, they face public pressure to punish the Russian state and economic reasons to limit services at a time when bills might well go unpaid. On the other, they’re wary of helping stifle a free flow of information that can counter Kremlin disinformation.  For instance, the state’s claim that Russia’s military is heroically “liberating” Ukraine from fascists.

Amazon Web Services, a major provider of cloud computing services, continues to operate in Russia, although it says it’s not taking on any new customers. Both Cloudflare, which helps shield websites from denial-of-service attacks and malware, and Akamai. Which boosts site performance by putting internet content closer to its audience, also continuing to serve their Russian customers. With exceptions including cutting off state-owned companies and firms under sanctions.

Microsoft, by contrast, hasn’t said whether it will halt its cloud services in the country, although it has suspended all new sales of products and services.

U.S.-based Cogent, which provides a major “backbone” for internet traffic, has cut direct connections inside Russia. But left open the pipes through subsidiaries of Russian network providers at exchanges physically outside the country. Another major U.S. backbone provider, Lumen, has done the same.

“We have no desire to cut off Russian individuals and think that an open internet is critical to the world,” Cogent CEO Dave Schaeffer said in an interview. Direct connections to servers inside Russia, he said, could potentially “be used for offensive cyber efforts by the Russian government.”

Schaeffer said the decision didn’t reflect “financial considerations,” although he acknowledged the ruble’s sharp drop. Which makes imported goods and services more expensive in Russia, could make it difficult to collect customer payments. Meanwhile, he said, Cogent is providing Ukrainian customers free service during the conflict. Schaeffer said these moves might impair internet video in Russia but will leave plenty of bandwidth for smaller files.

Other major backbone providers in Europe and Asia also continue to serve Russia, a net importer of bandwidth, said Doug Madory, director of internet analysis for the network management firm Kentik. He has noted no appreciable drop in connectivity from outside providers.

Cloudflare continues to operate four data centers in Russia even though Russian authorities ordered government websites to drop foreign-owned hosting providers as of Friday. In a March 7 blog post, the company said it had determined “Russia needs more Internet access, not less.”

Under a 2019 “sovereign internet” law, Russia is supposed to be able to operate its internet independent of the rest of the world. In practice, that has brought Russia closer to the kind of intensive internet monitoring and control practiced by China and Iran.

Its telecommunications oversight agency, Rozkomnadzor, successfully tested the system at scale a year ago when it throttled access to Twitter. It uses hundreds of middleboxes router-like devices run and remotely controlled by bureaucrats. That can block individual websites and services, installed by law at all internet providers inside Russia.

But the system, which also lets the FSB security service spy on Russian citizens, is a relative sieve compared to China’s Great Firewall. Andrew Sullivan, president of the nonprofit Internet Society, said there’s no evidence it has the ability to successfully disconnect Russia from the wider internet.

“Walling off a country’s internet is complicated, culturally, economically, and technologically. And it becomes far more complicated with a country like Russia, whose internet, unlike China’s, was not originally built out with government control in mind,” he said.

ProtonVPN, which Droz says has been inventive in finding ways to circumvent Russian blocking, reports clocking ten times as many daily signups than before the war. VPN services tracked by researchers at Top10VPN.com found Facebook and Twitter downloads surging eight times higher than average. Its research found the Kremlin to have blocked more than 270 news and financial sites since the invasion, including BBC News and Voice of America’s Russian-language services.

Russian authorities are also having some success blocking the privacy-protecting Tor browser, which like VPNs lets users visit content at special ”.onion” sites on the so-called dark web. Twitter just created a Tor site; other outlets such as The New York Times also have them.

The Kremlin has not, however, blocked the popular Telegram messaging app. It’s an important conduit for Ukrainian government ministries and also for Meduza, the Latvia-based independent Russian-language news organization whose website is blocked in Russia. Meduza has 1 million followers on Telegram. One reason may be that Telegram is also a vital conduit for Kremlin propagandists, analysts say.

Additionally, Telegram does not feature default end-to-end encryption. This renders messages unreadable by the company and outsiders, as the popular U.S.-based messaging apps Signal and WhatsApp do. WhatsApp is owned by Facebook’s parent, Meta. Telegram does offer users fully encrypted “private chats,” although users have to make sure to activate them.

After the invasion, Signal founder Moxie Marlinspike tweeted a reminder that sensitive communication on insecure apps can literally be a matter of life and death in war. A Signal spokesman would not share user numbers, but WhatsApp has an estimated 63 million users in Russia.

Being able to access outside websites and apps vital to staying informed depends on foreign-based VPN services. Russians say they are having trouble paying for it since Visa and Mastercard cut off their country. 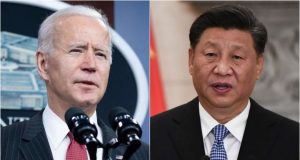 The first direct contact between Biden and the Chinese president.

Muhammad Asim - September 12, 2021
0
The US president spoke to the Chinese president for the first time since taking office. Washington / Beijing: US...