India has experienced a bloody holiday because at least 25 people were reportedly killed in the violence and more than 260 police personnel have been injured during the protests against the Citizenship Amendment Act (CAA).

People have taken to the streets of Assam, Uttar Pradesh and Karnataka a few weeks ago to negate the controversial law that promises to fast-track citizenship for non-Muslim Afghans, Bangladeshis and Pakistanis who arrived in India before 2015.

It was reported that the law was passed despite the bans on public gatherings; which was a result of the violent protests. Internet connectivity was also shut down in some areas of the country after the activists have initiated arsons.

Public officials have since denied the accusations and encouraged Indian Muslims to stop worrying as the law is not contrary to their cultural identity and religion.

In a statement, Uttar Pradesh Chief Minister Yogi Adityanath warned that his administration will take “badla” or “revenge” on those involved in the violent protests over the amended act.

“There was violence in Lucknow and Sambhal and we will deal with it strictly. All properties of those involved in damaging public assets will be seized and auctioned to compensate for the losses,” he said. 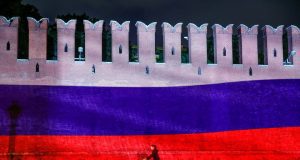 The U.S. imposes fresh sanctions on Russia over the Ukraine invasion.