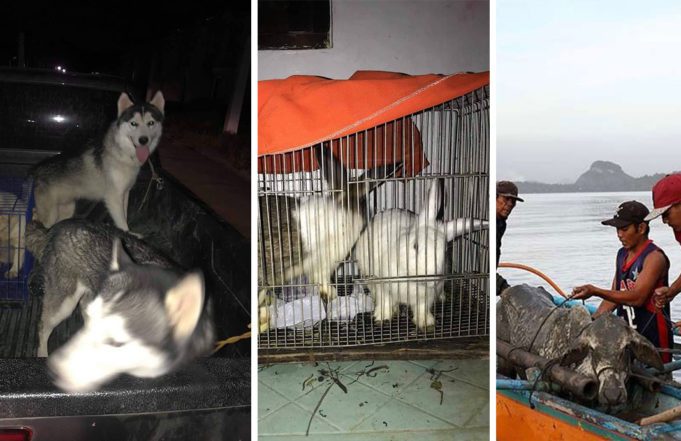 Animal welfare organizations such as the Philippine Animal Welfare Society (PAWS), People for the Ethical Treatment of Animals (PETA) Asia and Guardians of the Fur have deployed forces to save afflicted species from Philippine areas that were affected by Taal Volcano’s eruption.

The groups have separately rescued dogs, cats, chickens, cows, and horses that were left behind in ash-covered towns of Batangas after their owners scrambled for safety as Taal spews ashes beginning Sunday afternoon.

On its website, PAWS posted a video of a hunger stray dog being fed and captioned it with: “We heard him howling pitifully across the road. “Marble” (that’s what we call him) was thirsty and hungry. There were two of them- chained dogs (and two chickens, who were, at least, free) – among the hundreds of animals left behind by their owners who have evacuated Talisay, Batangas in the wake of Taal’s eruption.”

All rescued animals have been transferred to safer grounds with food and veterinary care provided by the welfare groups.

But the said organizations call for public support in their relief operations, asking for monetary donations, food or animal accessories like collars and leashes.

According to experts, animals are more vulnerable to the adverse health effects of the ashfall as they inhale more particles at a time, compared to humans.

The Department of Environment and Natural Resources (DENR) also urged residents in affected areas to help save the animals and turn them over to the nearest DENR office.

“We know that residents have evacuated but if we can take care of the animals even temporarily, let’s do it,” DENR Undersecretary Benny Antiporda said.