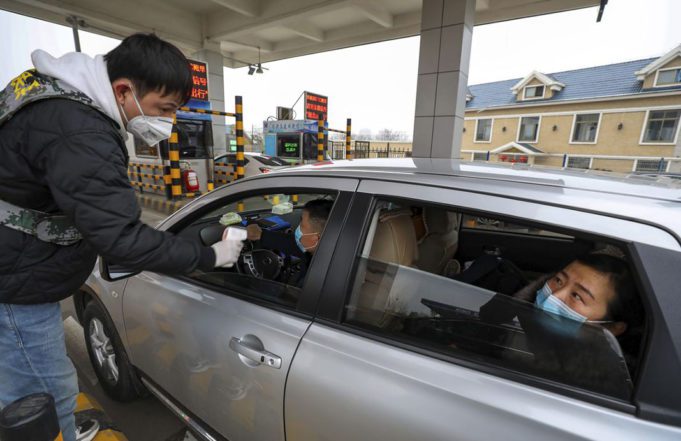 Three automobile companies are among the businesses that were reportedly hit following the Chinese government’s decision to shut down Wuhan City which is the epicenter of the deadly novel coronavirus (nCov).

Wuhan is considered as China’s “motor city” for it houses large manufacturing plants including those of the global carmakers Renault (RNLSY), Honda (HMC) and Peugeot owner PSA Group (PUGOY).

As the virus’s death toll continues to rise and the number of infected people across the globe increases, China has halted all means of transportation in Wuhan on January 23.
Analysts claimed that the travel restrictions would greatly affect the automobile sector which is currently in a deep recession following the drop in car sales in China for the year 2019.

Renault’s website shows that its Wuhan factory, with around 2,000 employees, has an annual production capacity of 300,000 vehicles.

Despite being able to sell more than 170,000 units in China last year, Renault’s stock closed 5% lower this week.

Honda did not respond to the media’s request for comment. However, it was reported that the Japanese company’s joint venture in Wuhan contributed some 11% to the group’s 2019 income.

Meanwhile, PSA Group which trades two brands in China, has recorded a 55% decline in its sales in the world’s second largest economy in the previous year.

The manufacturers have similarly expressed that they are respecting the recommendations of their country’s authorities as nCov already killed dozens.

Some plants in Wuhan are also closed until February 4 for the Lunar New Year holiday.

Aside from Wuhan, the Chinese government has also extended the quarantine to two more cities namely Huanggang and Ezhou, with now over 17 million people controlled in an aim to stop the virus outbreak.

Philippines stocks plunge deepest since 2016 due to coronavirus

The Philippines has recorded its deepest fall in shares as growing concerns over coronavirus hit Asian and global markets. Based on reports, the Philippine Stock Exchange Index plunged 4.3 % on Wednesday trading, tumbling the most since January 2016. The Bankers’ Association of the Philippines also said that the peso succumbed to the dollar, finishing […]