The world’s second-richest man, Bill Gates, has stepped down from the Board of directors of tech giant Microsoft and multinational conglomerate holding company Berkshire Hathaway to focus on charitable activities.

On LinkedIn, he said this is the right time to resign considering that both companies already have strong leadership.

“I have made the decision to step down from both of the public boards on which I serve – Microsoft and Berkshire Hathaway – to dedicate more time to philanthropic priorities including global health and development, education, and my increasing engagement in tackling climate change,” Gates explained.

Bill and his wife Melinda currently serve as the co-chairs of a huge private philanthropic foundation wherein the former donated $35.8 billion. The couple was earlier named as the most generous philanthropists in the United States.

Despite the formal departure, the 65-year-old Gates clarified that this doesn’t mean stepping away from the company which he, and the late Paul Allen, founded in 1975. Gates will remain to be the technical advisor of Microsoft’s current CEO Satya Nadella and other company executives.

“It’s been a tremendous honor and privilege to have worked with and learned from Bill over the years…Microsoft will continue to benefit from Bill’s ongoing technical passion and advice to drive our products and services forward,” Nadella said in a statement.

At present, Gates owns 1.36% of shares of Microsoft, making him of the top shareholders of the company. 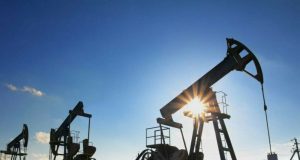 JAMES ROBERTO - September 6, 2022
0
SINGAPORE: OPEC and allied oil-producing countries, including Russia, made a small trim in their supplies to the global economy. Underlining their unhappiness...