The 140-year-old department store Beales, one of Britain’s oldest, is at risk of closing its 22 stores if it fails to find a buyer as early as possible.

Beales which started operations at Bournemouth in 1881 was further threatened of collapse by the poor trading in the recent Holidays.

The firm’s management is now conducting negotiations with potential buyers to avoid losing all its stores and 1,000 jobs.

BBC reported that there are two buyers, one is a rival retailer, while the other is a capital investor. In 2018, the department store’s Chief Executive Tony Brown led a management buyout of the firm.

Beales’ bosses are also in talks with the landlords in an aim to have rent reductions on its stores.

According to reports, retailers in the United Kingdom are now at a time of crisis as sales in November and December cut by 0.9%. The British Retail Consortium said 2019 marks the high street’s worst record for more than 25 years.

Both multinational retailers Debenhams and Mothercare’s have also stopped trading and began closing.

Now Beales, who in early 2019 posted a loss of £3.1m, affirmed that it might need to call in administrators. 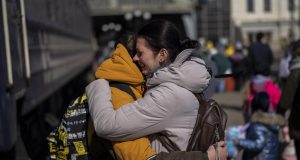