A number of businesses in China are encouraging their employees to maximize the longer holidays by staying at home or if necessary, just work in their respective abodes.

BBC reported that the Chinese government has earlier announced the extension of the Lunar New Year holiday by 3 days to next Sunday.

All these initiatives by the public and private sectors are aimed at slowing down the spread of the novel Coronavirus (nCov) which death toll in China rose to 82 as of January 28.

Property developer Country Garden and Swiss bank UBS have advised their workers who reside in the virus’ epicenter Wuhan City or the entire Hubei province to quarantine themselves at home.

Other companies like gaming giant Tencent and internet firm ByteDance have authorized thousands of their staff to work from their respective homes.

Haidilao Hotpot, a famous Chinese restaurant chain, said its branches across the country will remain closed until January 31.

All businesses in the city of Suzhou, a manufacturing hub in eastern China, will shut operations until February 8 according to local officials.

Media reports said that the measures taken by investors across the globe to halt the rapid spread of the deadly virus have hit the global market.

The stock exchange in Hong Kong has canceled the scheduled ceremony this week; while the trading in Shanghai and Shenzhen have been set to stay closed until February 2 due to growing concerns over the risk of infection. 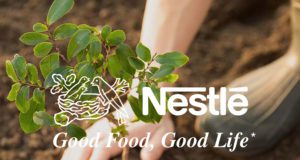 Swiss food giant Nestle S.A. has vowed to plant at least three million trees in Mexico and Brazil by next year as part of its reforestation initiative to help combat climate change. This serves as the first phase of the company’s plan to boost agricultural and environmental actions for the attainment of carbon neutrality by 2050. […]