The Malaysian Rubber Glove Manufacturers Association (MARGMA) said the global demand for their products has greatly increased following the outbreak of the novel coronavirus that originated from Wuhan, China.

MARGMA President Denis Low confirmed that they have received an urgent request from China to deliver adequate supplies of medical gloves which will be primarily used in healthcare facilities that respond to virus cases.

“We believe our members have already obliged and are ramping up production to meet the request from China,” he explained.

Low said that their association expects for a further increase in the demand of their products and assured that they will prioritize supplying the areas and countries affected by nCov.

“As a responsible industry player, we will do our part to ensure adequate gloves reaches the affected people and territories,” he added.

“The situation will be positive for the local glove industry. However, it depends on whether they (glove manufacturers) have the current capacities that they can produce in meeting the demand from places that have been affected by the outbreak,” said Ku Kok Peng, the Associate Executive Vice President of Malaysia’s Performance Management and Delivery Unit.

As of January 30, at least 132 deaths have been reportedly linked to nCov and nearly 6,000 individuals across the globe have been confirmed to be infected. 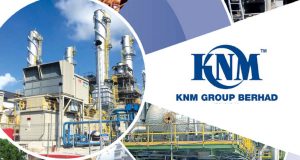