Walt Disney Co. announced on Tuesday that chief executive Bob Iger has stepped down from the top job after more than 15 years in the service.

Bob Chapek, a 27-year veteran of Disney, has been elected as the new CEO by the company’s board. While Iger will assume the role of executive chairman and will direct the company’s creative endeavors until the end of his contract in December 2021.

The 69-year-old Iger has steered Disney into the undisputed Hollywood leader through the successful deals to take over Star Wars, Marvel and entertainment assets of Rupert Murdoch’s 21st Century Fox, said reports.

He has also recently launched a new “direct-to-consumer streaming television service” which will compete against Netflix.

“It was not accelerated for any particular reason other than I felt the need was now to make this change…I believe this is the optimal time to transition to a new CEO,” Iger said in a statement.

He explained that he needs more time to concentrate on the creative side of Disney following the successful purchases of the said assets and he won’t be able to do this if he remains in the top post.

Iger added that his replacement, Chapek, “has proven himself exceptionally qualified…His success over the past 27 years reflects his visionary leadership and the strong business growth and stellar results he has consistently achieved in his roles at Parks, Consumer Products and the Studio.”

For his part, Chapek expressed his gratitude and admiration for Iger who steadfastly piloted Disney to become the “most admired and successful media and entertainment company.”

“I share his commitment to creative excellence, technological innovation and international expansion, and I will continue to embrace these same strategic pillars going forward,” he added.

According to reports, Chapek now becomes the seventh CEO in Disney history. 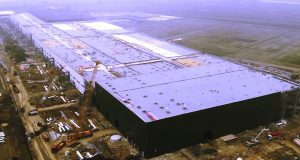 Merry Gel Sigui - May 20, 2021
0
Tesla Inc. has confirmed entering into agreements with Chinese lenders for a secured term loan facility of up to 9 billion yuan...