The restrictions of overseas shipments of critical medical supplies and protective gears imposed by several nations have gained global criticism as these drastic moves only leave more people at risk of the coronavirus pandemic.

Following the reports of global supply shortage, countries that produce face masks, thermometers and other medical supplies have banned or limited exports to ensure stability in domestic supply.

Many governments have resorted to export restrictions as the deadly virus that originated in Wuhan, China continuously spread across nations. Public officials ordered the distribution of products within their respective states, making the in-demand items unavailable to foreign buyers.

“Export bans on masks, for example, erode the capability of trading partners to cope with the spread of the coronavirus. Rather than beggar-thy-neighbour, this amounts to sicken-thy-neighbour,” said British Economist Simon Evenett.

American buyers of Chinese medical supplies also reported that bulk of their orders were cancelled when the coronavirus began to spread. While European customers complained about “Made in China” test kits and personal protective equipment over poor quality and accuracy.

This controversy has prompted the Chinese government to ban all local companies manufacturing test kits, masks, gloves, lab gowns and other gears from exporting without the necessary government certifications.

German, French and Romanian authorities have also reportedly stopped the delivery of millions of masks and ventilators to foreign countries.

“Given the centrality of China to many international supply chains, there is considerable interest in the impact of COVID-19 on global trade flows. And a troubling trade policy dimension is now coming to light,” Evenett explained.

He added that while it is every government’s political right to control exports, it is also necessary for them to ensure that the production of critical medical supplies is stimulated globally especially during a global crisis. 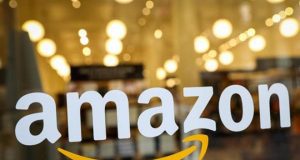 Amazon to include Pakistan Sellers on its seller’s list

ERIKA JOHNSON - May 25, 2021
0
Amazon is known as the king of e-commerce. It offers great potential for international trade through its online selling stores. Many countries...