Home Business Franchise sales to increase to RM23bil by 2025

He said that the local franchise industry has been growing rapidly, with 1,149 franchisers registered under the Franchise Act 1998.
In 2021, the number of franchise outlets that had opened in the country rose by 47% year-on-year to 13,779, creating around 49,000 jobs.

“I believe that more jobs will be created with the rising number of franchise companies in the country.” He said in a speech at the launch of the 29th Franchise International Malaysia Exhibition and Conference (FIM) 2022 yesterday.

The prime minister also added that Malaysian franchise brands had become more globally renowned, with 68 brands currently present in 74 nations. Efforts to develop micro franchises are also being taken to help the B40 income group via the Micro and Affordable Franchise Development Programme.

With 91 local and international exhibitors from nine countries taking part in the event, FIM2022 is expected to attract 14,000 visitors. 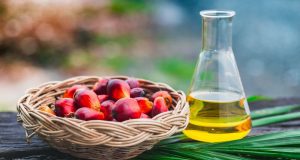