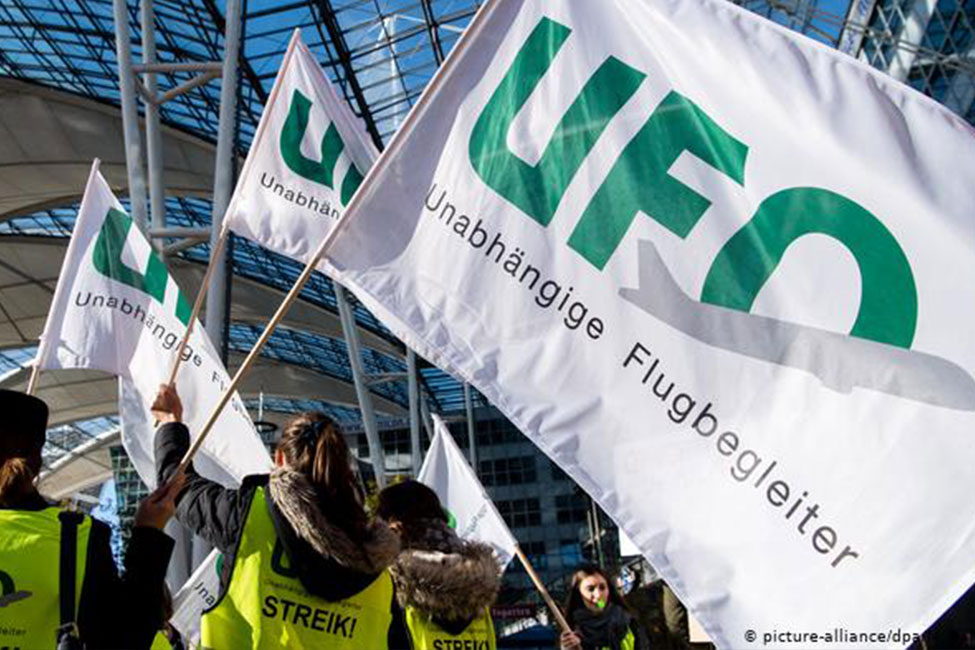 Excluding the days of merriment, German flight attendants’ union UFO said it might
stage strikes against Lufthansa, the flag carrier and largest German airline, any time
after December 24-26 following their failed arbitration talks on Sunday.
The two has been in disputes for months over pay and pensions and has recently
clashed once more over the union’s legal status.
Lufthansa claims that there was an illegal election among the cabin crew union’s
leadership team that took office earlier this year.
In a statement, UFO spokesman Nicoley Baublies explained: “Even though we have
agreed to not to disclose the contents of these talks, unfortunately we must state that
there was no solution … so we failed.”.
He added that industrial actions must be expected again anytime soon. It could be
remembered that the union called for a two-day strike at Lufthansa last November.
For their part, Lufthansa said that a proposed meeting with the UFO is set on January.
The airline added that: “they continue to expect that good solutions can be found for the
22,000 cabin crew members with regard to the arbitration issues.”