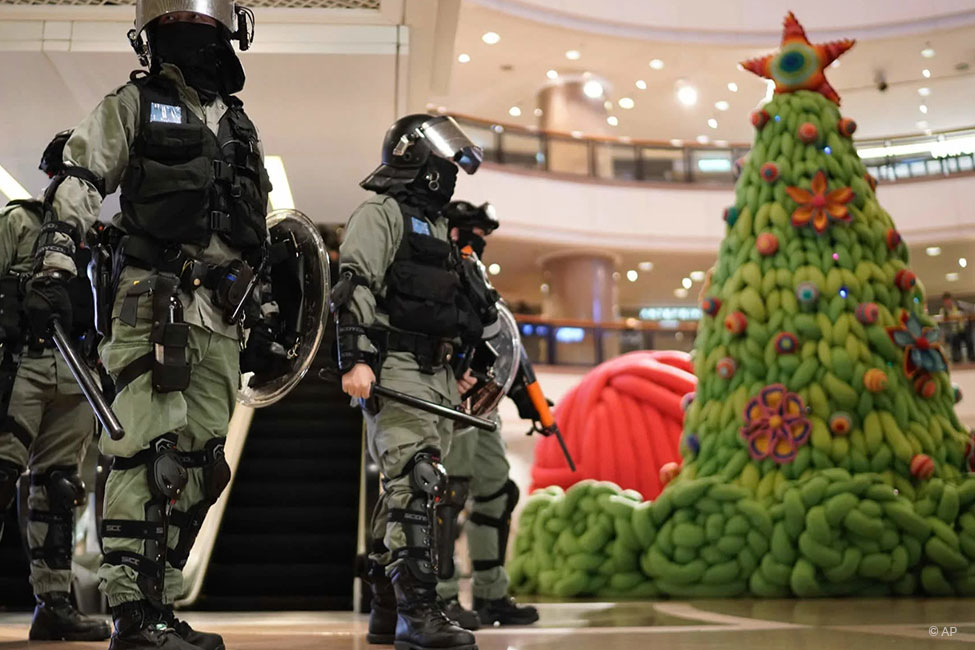 Shouting popular slogans “Liberate Hong Kong” and “Revolution of our times,” hundreds of protesters in Hong Kong once again took to the streets on Christmas Day.

The black-clad protesters, some wearing reindeer antlers, marched through Christmas-decorated shopping centers and clashed through riot police along the semiautonomous Chinese territory.

Protesters blocked roads and destroyed an establishment. One mall was even forced to close early due to the clatter between the protesters and uniformed personnel.

In order to disperse the gathering activists who were accused of vandalism and rioting, the police fired tear gas, deployed water cannons and used pepper spray and batons.

Hong Kong Chief Executive Carrie Lim accused the demonstrators of ruining the supposed merriment as December 25 and 26 are both declared as public holidays in the city, where 12% of the population celebrates Christmas.

“Many members of the public and tourists coming to Hong Kong were naturally disappointed that their Christmas Eve celebrations have been ruined by a group of reckless and selfish rioters,” she said in a Facebook post.

Meanwhile, one of the protesters in the Mong Kok district who only identified himself by his surname Chan said: “Confrontation is expected, it doesn’t matter if it’s Christmas.”

“I’m disappointed the government still didn’t respond to any of our … demands. We continue to come out even if we don’t have much hope,” Chan added.

He is a 28-year-old restaurant worker who happened to be a part of the anti-government crowd that bartered insults with the authorities inside a mall.

Chan, along with 100 more people were arrested during the protests.

One protester was even brought to the hospital after falling from a feet-tall mall when he forcibly pushed an officer and immediately tried to escape. After being discharged, the man was also arrested on assault charges.

Prior to the Holliday season, the city has been reported peaceful following the victor of pro-democracy candidates in the district council elections. 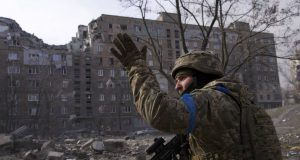