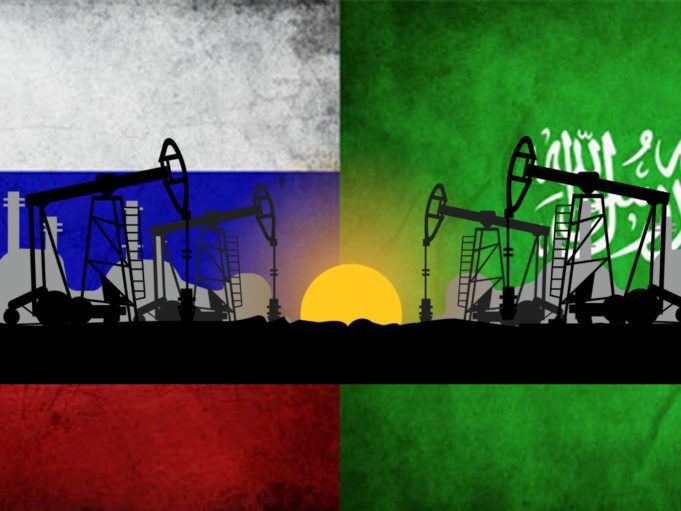 The prices of oil fell sharply on Monday following Saudi Arabia’s launch of price war against Russia which is reportedly unwilling to cut its own production.

On Friday, OPEC proposed to slash in oil supplies in hopes to prop up prices and cushion the impacts of the coronavirus, but its main partner Russia, has rejected it.

Saudi Arabia, in retaliation, has slashed its official selling prices for April up to $8.

“The signal is Saudi Arabia is looking to open the spigots and fight for market share…Saudi is rolling up its sleeves for a price war,” said Matt Smith, a director of commodity research at ClipperData.

The refusal led to a global turmoil that has extremely hit oil prices, marking its worst collapse in history since 1991. Oil prices are now down to 48% for the year.

US oil prices were trading at $30 a barrel–down as much as 27%; while international benchmark Brent crude plunged 22% to $35. West Texas Intermediate, for its part, sank at $30.72 a barrel.

Analysts said that the approaches of Saudi Arabia and Russia, instead of promoting market stabilization and price support, has only shifted focus on market share race.

Beginning April, the kingdom can pump as much oil as it wants because its previously inked OPEC+ production cuts deal will expire on the last day of March.

Russian Energy Minister Alexander Novak also announced that by next month, they will likewise start to work “without minding the quotas or reductions which were in place earlier.”

Meanwhile, major OPEC and non-OPEC producers are now preparing for an all-out price war after failing to reach a successful cut agreement which was initially intended to rescue the virus-battered oil market.