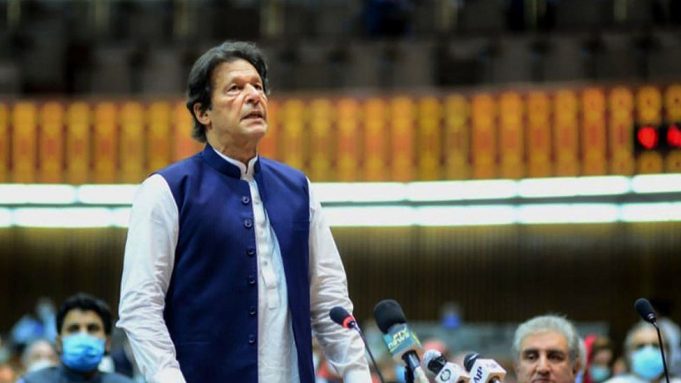 ISLAMABAD, Pakistan: Pakistan Prime Minister Imran Khan said his government handed an official protest to the U.S. embassy on Friday over what it called Washington’s interference in the country’s affairs.

“We now have given a demarche to (the) American embassy,” Imran Khan told local television channel ARY in an interview. Referring to a diplomatic note over what he described as a foreign conspiracy to oust him from power.

Faced a tight no-confidence vote on Sunday that could see him ousted after defections from his ruling coalition. Imran Khan had said that a foreign country was conspiring against him after he visited Moscow in February.

Speaking on Thursday in a nationally televised address, Imran Khan said a Western country had been unhappy about his Moscow visit. He mentioned the United States before smilingly correcting it to “a foreign country.” But on Friday Khan named the United States, in his interview with ARY News TV.

The White House denied that the United States had been seeking to remove Khan from power. The U.S. embassy in Islamabad did not immediately reply to a request for comment.

Imran Khan termed an independent foreign policy crucial for the country said. The reason why Pakistan could not touch its peak potential was its ‘dependency syndrome’ on other powerful nations.

“A county without an independent foreign policy remains unable to secure the interests of its people,” he said in his address at the Islamabad Security Dialogue.

The two-day event gathered intelligentsia from across the country besides representatives from the United States, United Kingdom, China, Russian and European Union.

Referring to the U.S., he said a “powerful country” had expressed displeasure over his recent visit to Russia. “On the other hand, it is supporting its ally India which imports oil from Russia”.

“How come a country can interfere in the affairs of an independent State,” he said. “But not to blame them, as it is our fault because we gave them this impression”. He said for its own interest, Pakistan’s elite threw the nation to the altar and put its self-respect at stake.

Imran Khan said national security was a multidimensional phenomenon and could be ensured when the State and nation got united with a single vision and ideology. PM Imran Khan said taking independent decisions while keeping high the interests of a nation was extremely important. Rather than submitting to the will of other countries in exchange for foreign aid.

He said a nation could not progress until it kept thinking that it could not survive without foreign aid. And criticized the decisions of previous governments for joining the alien wars, namely the Afghan Jihad and the post 9/11 war on terror.

Ruling party members in Pakistan led a protest against the United States in the northwestern city of Peshawar on Friday. In an unusual move, dozens of Pakistan Tehreek-e-Insaf (PTI) ruling party figures, led by a provincial minister, rallied in the center of Peshawar, chanting, “Down with America!”

“We have come out to support Imran Khan who has challenged the capitalist forces,” the minister, Taimur Jhagra, told the rally.
“We will prefer hunger over a surrender to the U.S.,” said another provincial lawmaker in the rally, Fazal Elahi.

Imran Khan has said that his government possessed an “official document” that was evidence of the conspiracy. The document was later described by the government as formal communication of a “senior official of a foreign country to Pakistan’s Ambassador in the said country in a formal meeting”. 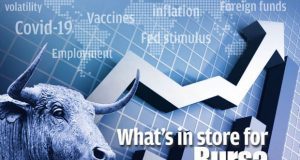