Jollibee Foods Corporation, the Philippines’ largest fast-food operator, kicks off the year right by $600 million (P30.5 million) from its first ever issuance of perpetual securities.

The bond issue, which was upsized from $400 million due to strong demand, serves as JFC’s debut into the capital market since it was listed on the stock exchange in 1993.

According to the management, the proceeds will be used to replenish the cost it spent on buying The Coffee Bean and Tea Leaf as well as to fund its overseas expansion.

“The objective of management for this issuance is to further strengthen the balance sheet of JFC to build a stronger foundation for accelerating its growth in order to achieve its vision to become one of the top 5 restaurant companies in the world,” a JFC spokesperson said.

The homegrown chain is set to open two stores in the United States in one-week time before January ends. These openings, according to reports, are part of JFC’s goal to build at least 150 stores in the U.S. by 2023.

In a press release, JFC North America President Beth Dela Cruz expressed the management’s eagerness to serve more people in the country and have them savor uniquely delectable food.

“We cannot wait to welcome Jollibee fans who have long waited for their turn to finally have Jollibee in their area, in addition to welcoming new foodies intrigued by our unique menu, which we fondly describe as a joyous mash-up of Western comfort food and Asian flavors,” she said.

At present, Jollibee operates around 6,000 stores in 35 countries. With 1,150 branches in its homeland Philippines, it enjoys the lion’s share of the local market that is higher than all the other international brands combined. 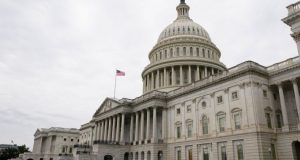 Muhammad Asim - September 13, 2021
0
To pay the $3.5 trillion bill, Biden and congressional Democrats have been pushed to raise taxes on wealthy and corporations. But those...