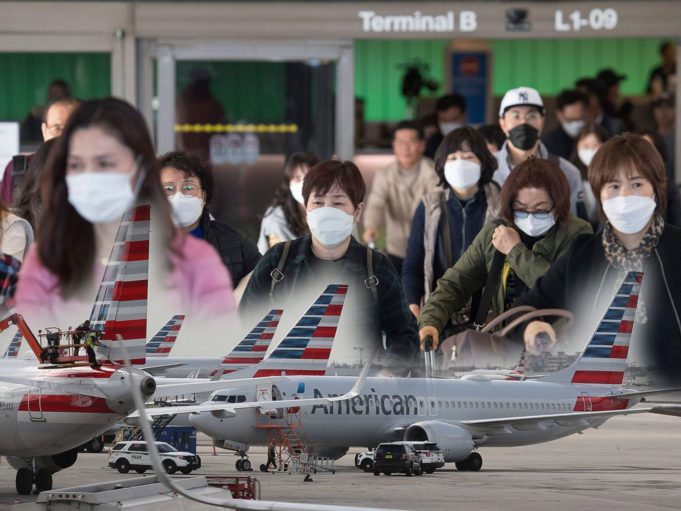 The Allied Pilots Association (APA), a labor union representing American Airlines pilots, filed a lawsuit against the carrier to immediately halt US to China operations.

CBS network reported that APA sued American Airlines in Dallas County on January 30 as it seeks for a temporary restraining order to stop China flights amid the coronavirus.

In a statement, APA President Eric Ferguson said: “The safety and well-being of our crews and passengers must always be our highest priority — first, last, and always.”

The lawsuit noted that American airlines operate approximately 56 monthly flights between Dallas/Fort Worth International Airport and airports in China.

Reports said the carrier’s crews are required to be on the ground for at least 32 hours between flights as part of the federal rest regulations.

American earlier announced flight cancellations between Los Angeles International Airport to China but only from February 9 to March 27.

In its filing, APA also cited the recommendations of the United States Centers for Disease Control and Prevention to avoid all nonessential travel to all of China.

American Airlines released a statement confirming that it is aware of the filing. The company said it is now closely coordinating with the Centers for Disease Control and Prevention (CDC) and global public health officials to ensure that all necessary precautions are met for the safety of its employees and passengers.

“We will continue to monitor the situation and make any updates as needed,” the Fort Worth-based airline added.

Numerous major carriers worldwide have already suspended or reduced service to China, including British Airways, Air Canada, Lufthansa and even US airlines United and Delta.

On Thursday, the World Health Organization the novel coronavirus as a global emergency. It has confirmed that the cases of infection have reached 9,692 while the death toll rose to 213 as of January 31.

Merry Gel Sigui - January 9, 2020
0
The Chinese government on January 1 launched its new Foreign Investment Law (FIL) which allows it to further open its market and...