Speaking in front of thousands of supporters during a campaign rally held Thursday night in Toledo, Ohio, US President Donald Trump shared that his administration has poured in billions of dollars in the country’s treasury with numerous investments coming in.

Americans are now enjoying an investment boom with taxes across borders being cut and red tape getting eradicated.

Trump said more than 7 million new job opportunities were created since 2016 elections, true to his mandate of improving Americans’ quality of lives by reviving the economy.

“We will soon be replacing the disaster known as NAFTA with the incredible brand-new USMC A, the historic victory for Ohio farmers, workers, and manufacturers. But really a great victory for the United States,” the Republican leader furthered that drew cheers from the audience.

Among the countries recently tapped by the US for billions-worth of investments were South Korea and Japan which trades are said to benefit more American agricultural farmers, allowing them to provide massive exports.

The president also recalled signing what he dubbed as the largest ever investment in the United States Military with an amount of $738 Billion.

“We created this 6th branch of the United States Armed Forces, the Space Force…Our military is now stronger and more powerful than ever before,” he said.

Next week, the US-China ‘phase one’ deal is also scheduled for signing. This agreement covers protections for food and farm products, intellectual property, money related administrations and foreign exchange and an arrangement for debate goals, as agreed by both countries’ officials.

The American president said his country is now in good shape and noted: “We are finally rebuilding our nation. We are finally making America first.” 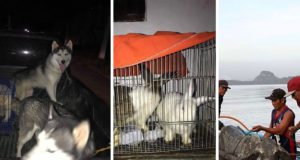