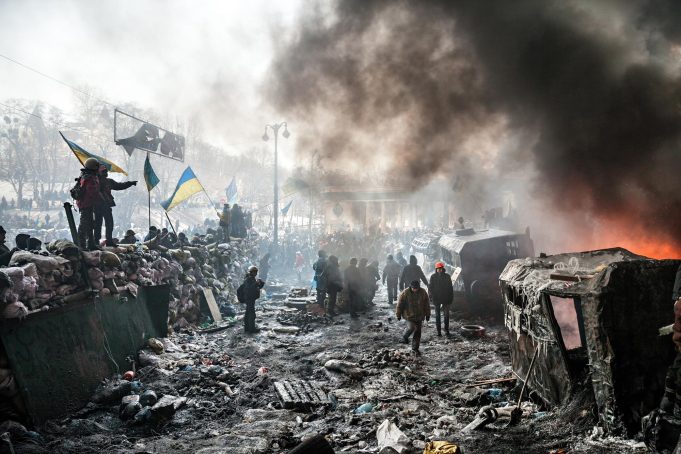 LVIV, Ukraine: Russia widened its military offensive in Ukraine on Friday, striking airfields in the west and an industrial city in the east. A huge armored column long-stalled outside Kyiv was on the move again, fanning out into nearby forests and towns.

The U.S. and its allies prepared to step up their efforts to isolate and sanction Russia by revoking its most favored trading status. But with the invasion now on its 16th day, Russia appeared to be trying to regroup and regain momentum. With expanded bombardment and tightening on cities already under attack, particularly the key port city of Mariupol. Where tens of thousands were struggling to find food under an intense 10-day-old siege.

Russian President Vladimir Putin said there are “certain positive developments” in Russia-Ukraine talks — but did not offer details.

The Russian leader hosted Belarus President Alexander Lukashenko in Moscow for talks on Friday, telling him negotiations were “being held almost on a daily basis,” and that “there are positive developments.

For his part, Ukrainian President Volodymyr Zelenskyy said Ukrainian forces had “reached a strategic turning point,” speaking in a video outside the presidential administration in Kyiv.

“It’s impossible to say how many days we will still need to free our land, but it is possible to say that we will do it because … we have reached a strategic turning point,” he said, He didn’t elaborate. He said authorities were working on 12 humanitarian corridors and trying to ensure food, medicine, and basic goods to people across the country.

Western and Ukrainian officials have said Russian forces have struggled in the face of heavier-than-expected resistance and supply and morale problems. So far, they have made the most advances in cities in the south and east. While stalling in the north and around Kyiv.

Friday’s strikes targeted the west, away from the main battle zones, where the Ukrainian air force has used bases to operate. Russian Defense Ministry spokesman Igor Konashenkov said Russia used high-precision long-range weapons Friday to put military airfields in Lutsk and Ivano-Frankivsk “out of action.” He did not provide details.

In another potentially ominous movement, new satellite photos appeared to show the massive Russian convoy outside the Ukrainian capital had fanned out into nearby towns and forests. Howitzers were towed into positions to open fire, and armored units were seen in towns near the Antonov Airport north of the city, according to Maxar Technologies.

The 40-mile (64-kilometer) line of vehicles, tanks, and artillery had massed outside Kyiv early last week. But its advance had appeared to stall amid reports of food and fuel shortages while Ukrainian troops also targeted it with anti-tank missiles.

The purpose of the new moves was unclear. Russia likely intends to eventually encircle the capital. But Nick Reynolds, a land warfare analyst at British defense think-tank Royal United Services Institute, said the move “looks like a defensive measure to allow the convoy to both better protect itself” and may indicate it can’t surround the city quickly.

Therefore, by dispersing, they can better protect themselves in the areas where they do hold ground,” Reynolds said. The Russians seemed to be stalled near Kyiv and Kharkiv but making progress in other areas, and the Ukrainian military has “taken a battering” while Russia is increasing bombardments and regrouping its forces on the ground.

“It’s ugly already but it’s going to get worse,” he said.

The British Ministry of Defense said that after making “limited progress,” Russian forces were trying to “re-set and re-posture” their troops, gearing up for operations against Kyiv.

Moscow also indicated its plans to bring fighters from Syria into the conflict.

Russian President Vladimir Putin approved bringing in “volunteer” fighters and told his defense minister to help them “move to the combat zone.” Kremlin spokesman Dmitry Peskov confirmed the “volunteers” include fighters from Syria.

Defense Minister Sergei Shoigu said Russia knew of “more than 16,000 applications” from Middle East countries, many of them from people he said had helped Russia against the Islamic State group, according to a Kremlin transcript.

Since 2015, Russian forces have backed Syrian President Bashar Assad against various groups opposed to his rule, including Islamic State. Opposition activists in Syria have also reported Russian recruitment efforts for the Ukraine war. But they estimate the number of volunteers so far is in the hundreds or a few thousand.

On the sanctions front, revoking Russia’s “most favored nation” trade status by the U.S. and other nations would allow higher tariffs on some Russian imports. Western sanctions have already dealt a severe blow to Russia, causing the ruble to plunge, foreign businesses to flee and prices to rise sharply. Putin has insisted Russia can endure sanctions. 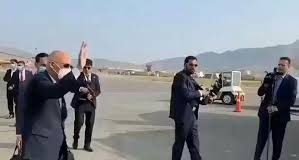 Muhammad Asim - August 22, 2021
0
KABUL: The US-led coalition government present in Afghanistan has been seized and taken over by the Taliban. After they captured the capital...